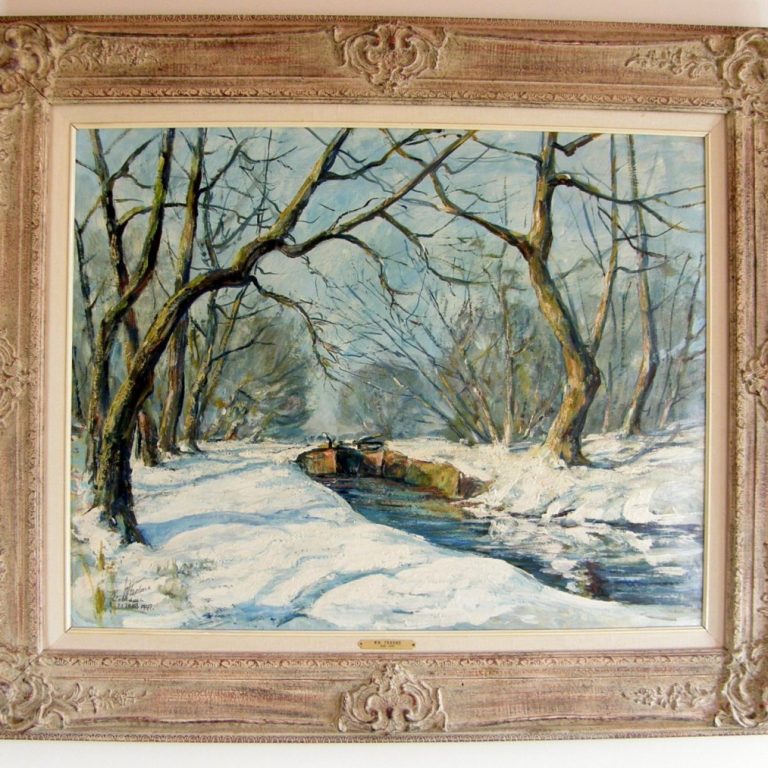 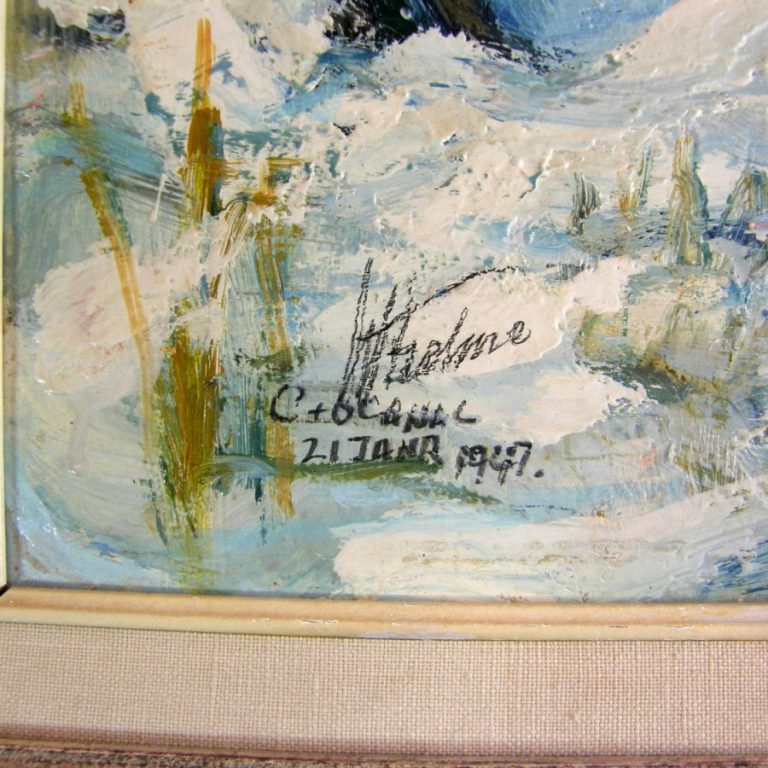 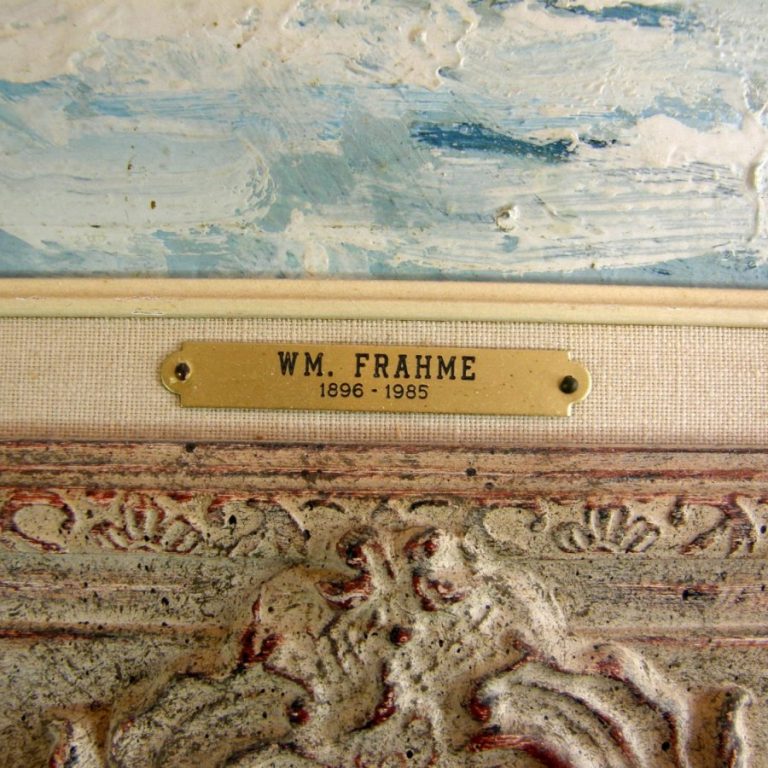 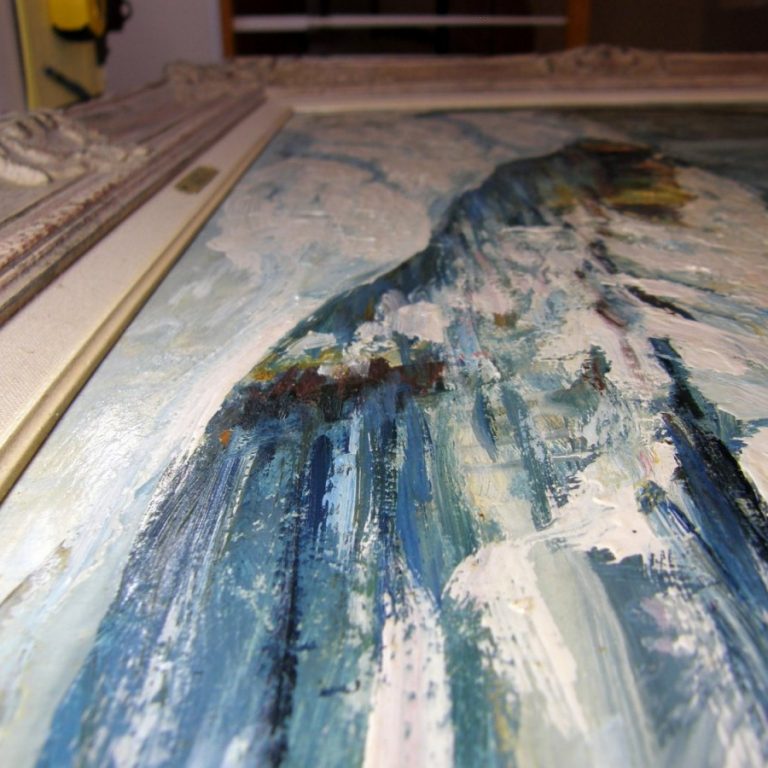 W.M. Frahme (American: 1896-1985). “William Frahme was born in Germany in 1896. While little is known about formal training, he developed a distinct impressionist style. He lived and painted in Ohio from 1960, and later moved to Naples, Florica where he continued to paint. Most of his landscapes featured sun-lit lakes with emphasis on indvidual trees. Many of his subjects are signed, dated and identified. Although he returned to Europe on occasion, he remained in Naples until his death in 1985. He was apparently prolific in his out-put,as many small “studies” have surfaced. Throughout his life he was known to give these studies to friends and admirers. This information has been provided by Gary Marshall of Corcoran Fine Arts with the help of Natalie Guess-Fisher Naples, Florida.” RE” AskArt.
…………….