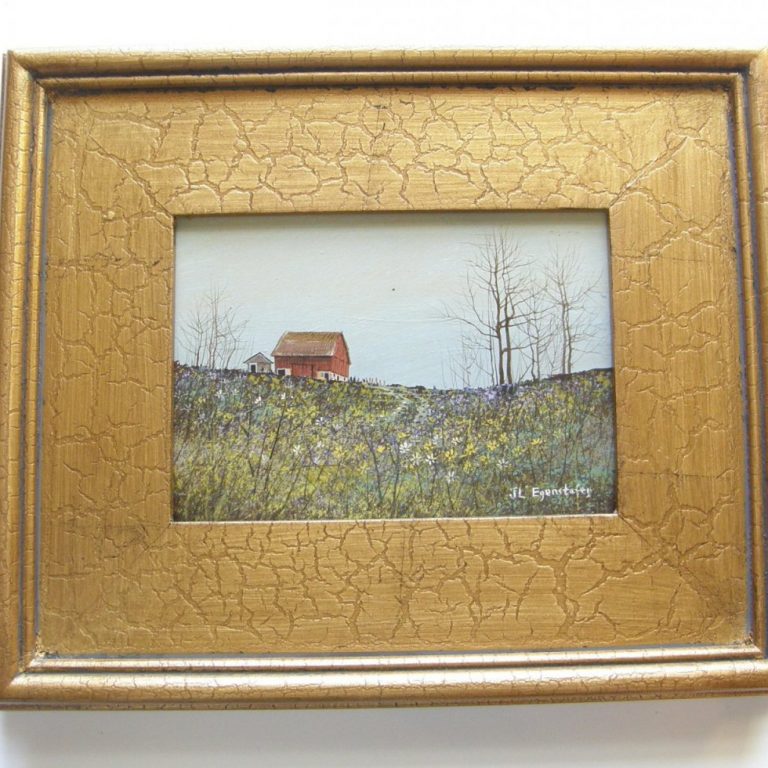 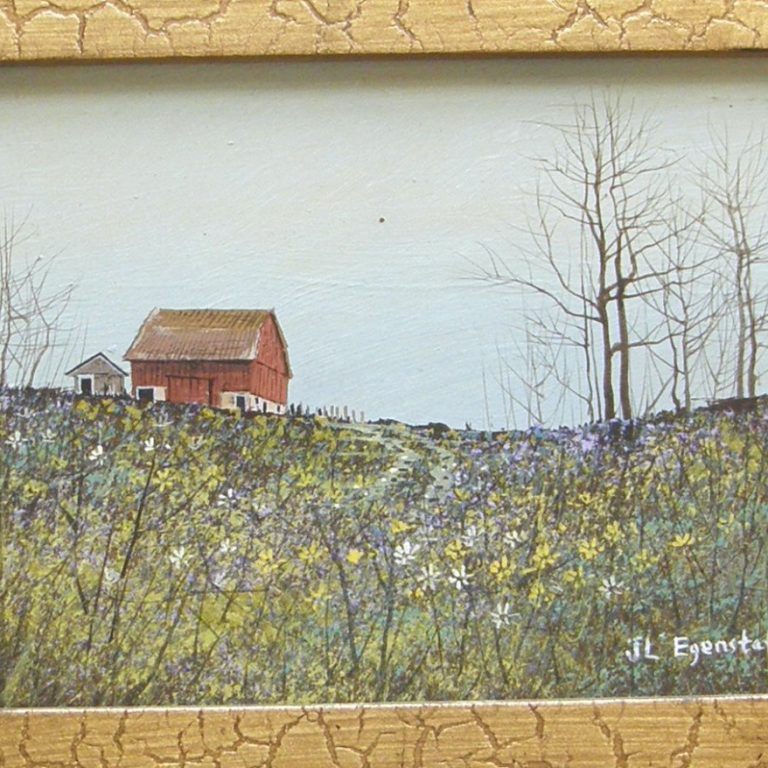 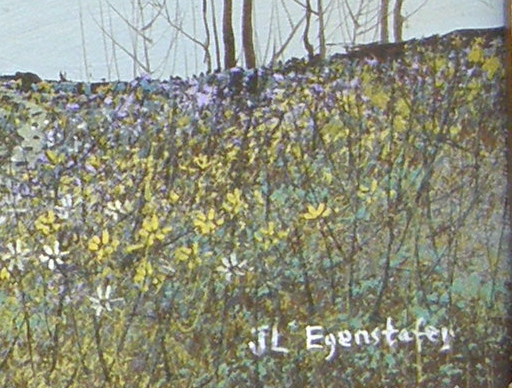 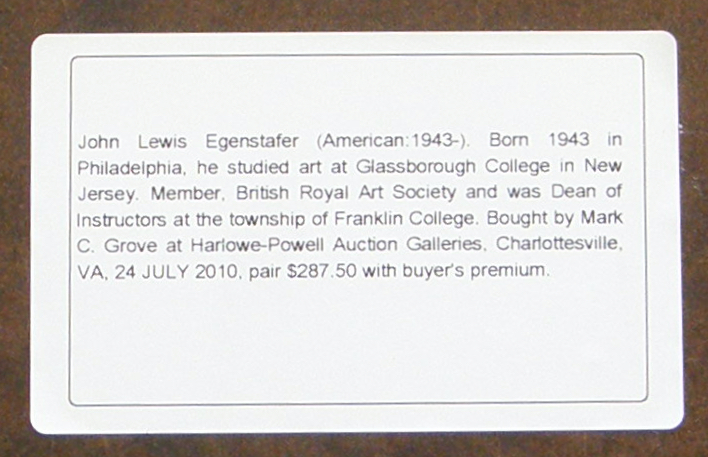 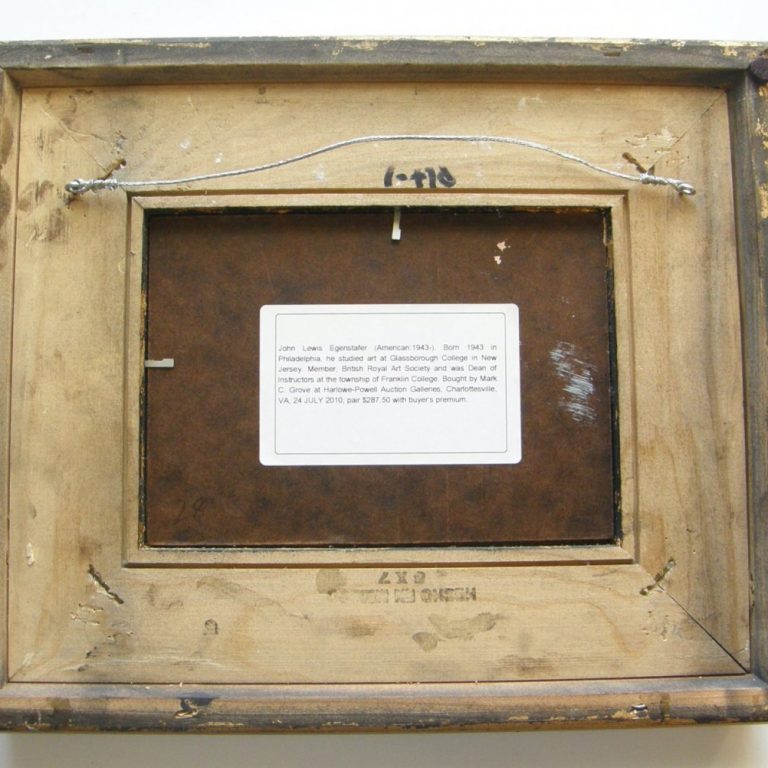 ARTIST: John Lewis Egenstafer (American: 1943- ). Born in Philadelphia, he studied art at Glassborough College in New Jersey. A follower of the style of American realism he conveys the feeling and the atmosphere of the Mid-West plains. He is a member of the British Royal Art Society and was Dean of Instructors at the township of Franklin College.