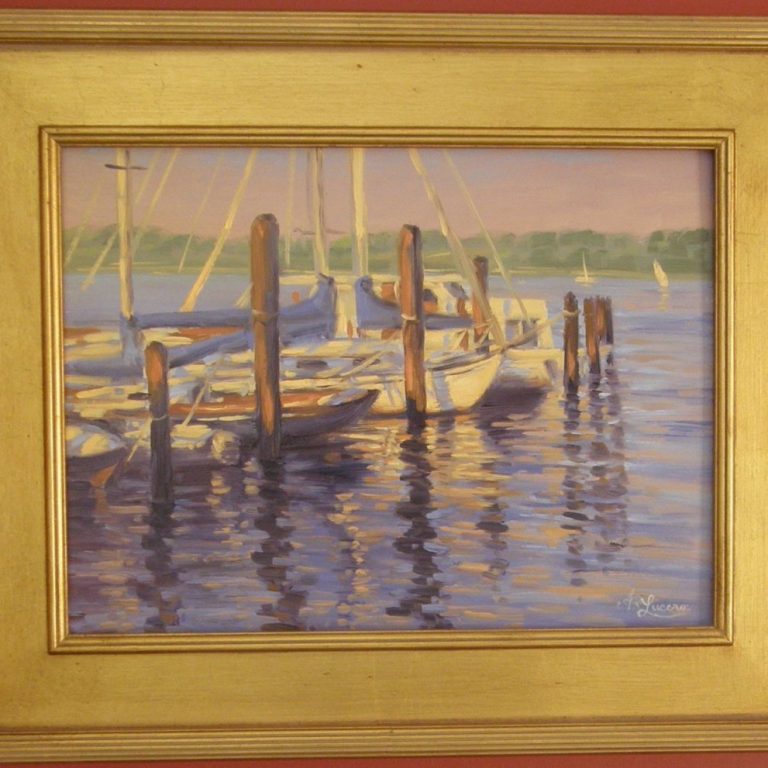 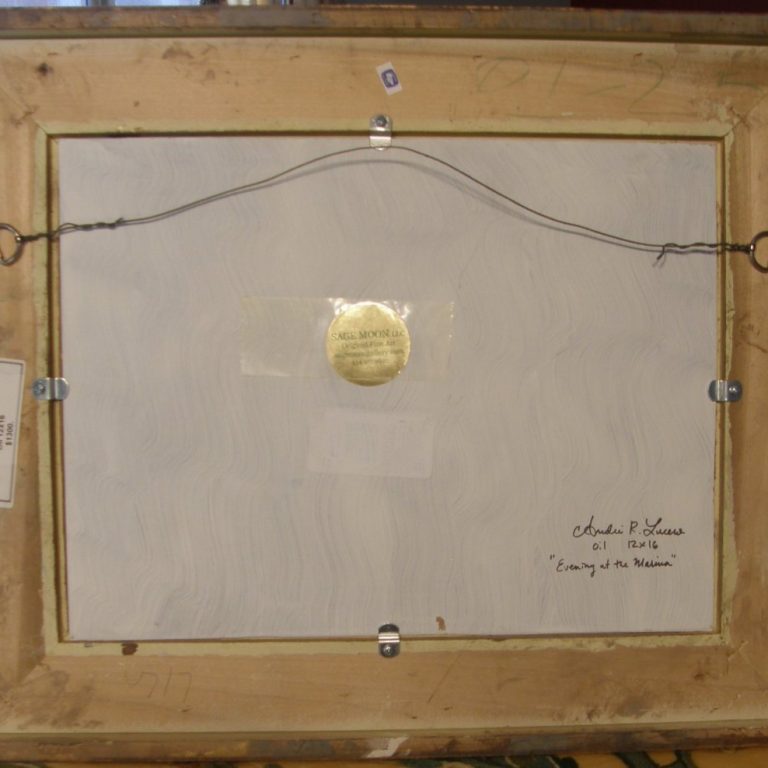 Artist’s Website: “An impressionistic oil painter based near Richmond, Virginia, Andre Lucero was trained in a traditional academic setting but in recent years has combined his love for the outdoors with his art. Completing more than 100 plein air paintings a year, his work includes landscapes and figures and still life painted from life. Andre reveres the Old Masters and their painting techniques. He worked with his mentor to use Renaissance painting materials to produce the medium that they both have used to give their oil paintings a distinctive luminescent quality. “It is most exciting attempting to capture on the spot,” says Andre. “The way the light falls on a beautiful scene or a fleeting aspect of nature.”Operating out of a studio in picturesque Goochland County, Virginia, Andre designed the working and exhibition space down to its smallest details. Calling on a local craftsman to execute his vision and build the structure that was inspired by a nearby thoroughbred farm, Andre personally saw to the finishing touches himself. While Goochland is one of his favorite painting locales, he’s also painted in Maine, Colorado, Ireland and Italy. Andre is a member of the Plein Air Painters of the Southeast and enjoys participating in plein air paint-outs that assemble dozens of artists for an intense painting experience. Andre’s work is represented by a half dozen galleries on the East Coast, including J.M. Stringer Gallery in Vero Beach FL, considered one of the country’s top galleries for its exhibits of contemporary and antique paintings. Andre’s work was featured on the cover of Plein Air Magazine in March of 2016 and several other times in Fine art Connoisseur Magazine, American Art Collector and Plein Air magazine. “Painting is as much about process as it is about the result or product. For me, painting is pleasurable, and my entire process is designed to be pleasing: from ideation to composition to execution. Painting is joyful, and my hope is that the viewer sees and feels that joy.” Andre’s ancestors, originally from Spain, traveled in the 1600s to the region that would later become New Mexico. Family legend is that the first Lucero in North America was along on the exploration because of his skills as a map maker. Andre, himself was born in Tehran, Iran in 1967. His U.S. Military family returned to the states soon after his birth, settling in a Washington D.C. suburb. Early on, Andre’s artistic nature was encouraged by his parents who were both patrons of the arts. He showed early promise, and in high school Andre’s award-winning artwork was displayed two consecutive years at D.C.’s Corcoran Museum of Art. In college, Andre continued his study of art, ultimately taking his background in fine art and applying it to the study of illustration at Virginia Commonwealth University, where he was awarded the first Annual Mallory Callan Memorial Scholarship for Illustration. In each of his college years, Andre’s work was prominently displayed in juried shows for purchase. After earning a BFA, cum laude, in 1989, Andre worked for more than a decade as a free-lance illustrator. During that time, his illustrations appeared in numerous publications including The New York Times, Playboy, U.S. News & World Report and The Washington Times. While his illustrations were honored with the 1995 Virginia Press Association Best of Show Award and the 1994 Award of Excellence from the Art Directors’ Club of Metropolitan Washington, D.C., Andre decided to leave the field of illustration and devote his full attention to his first love, painting.”