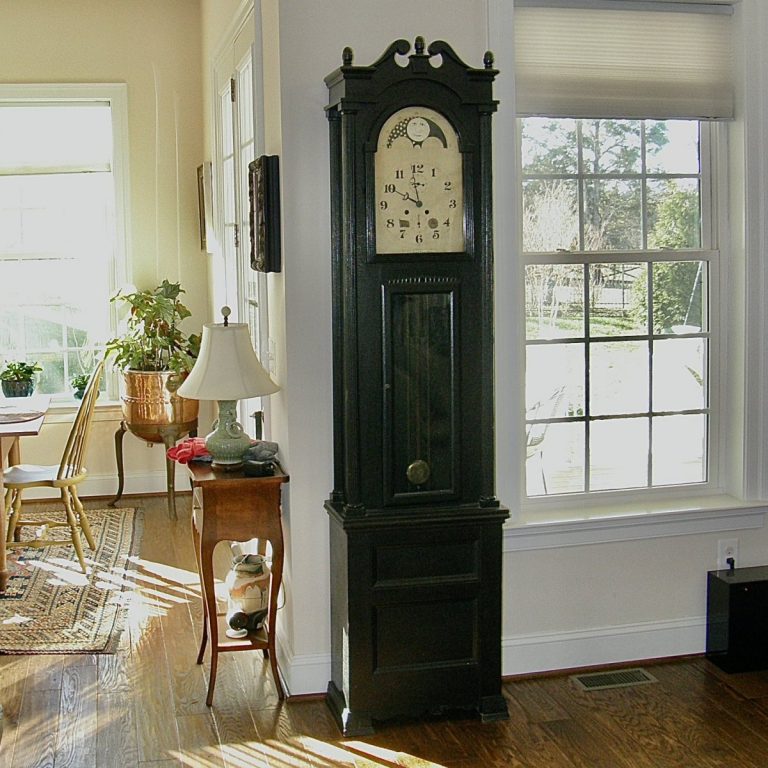 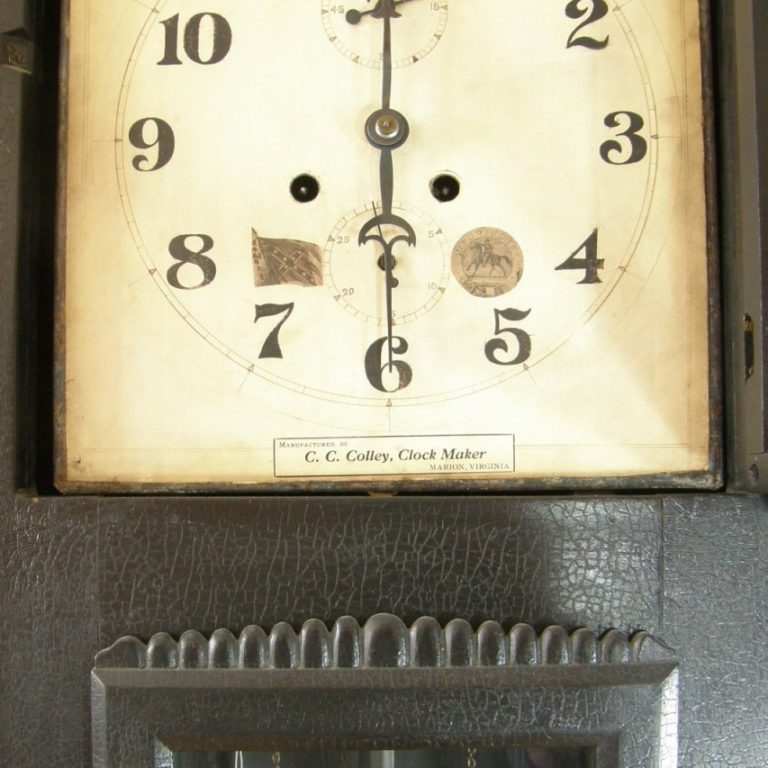 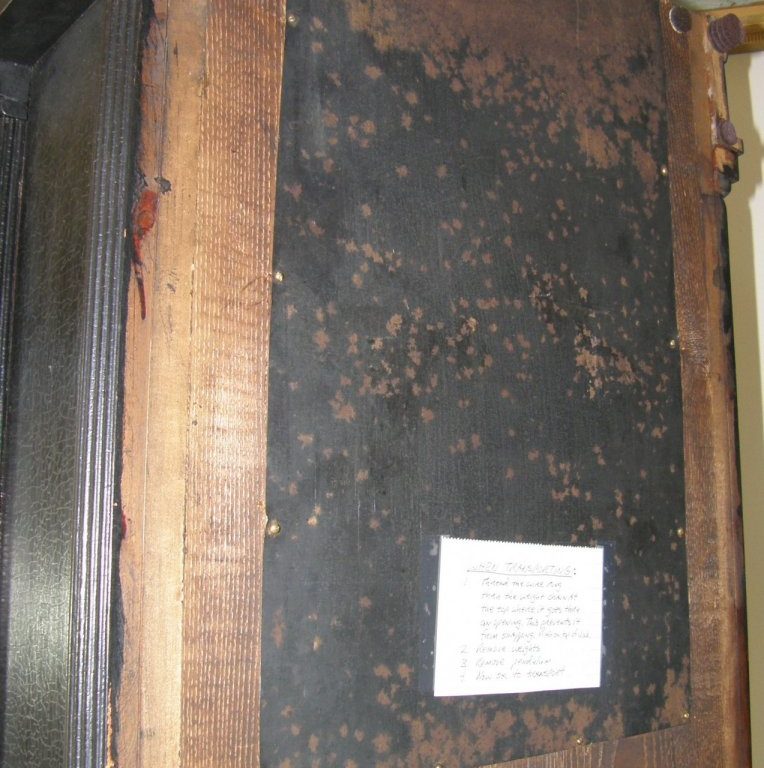 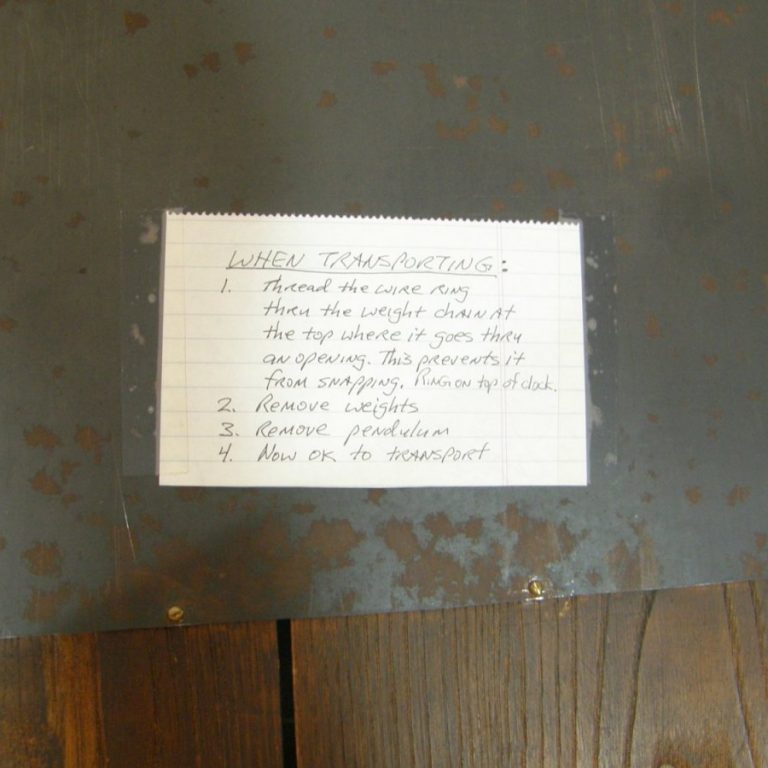 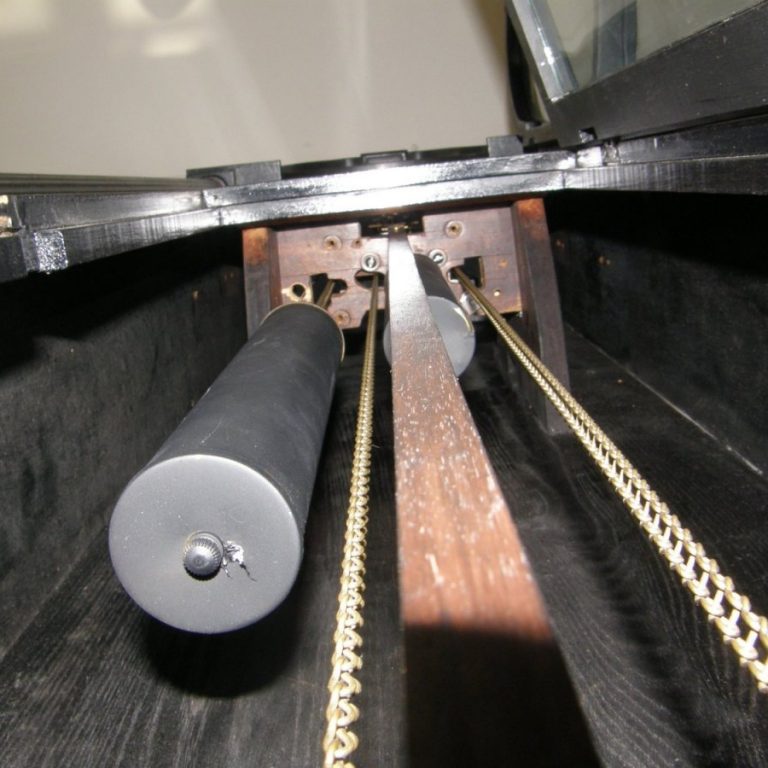 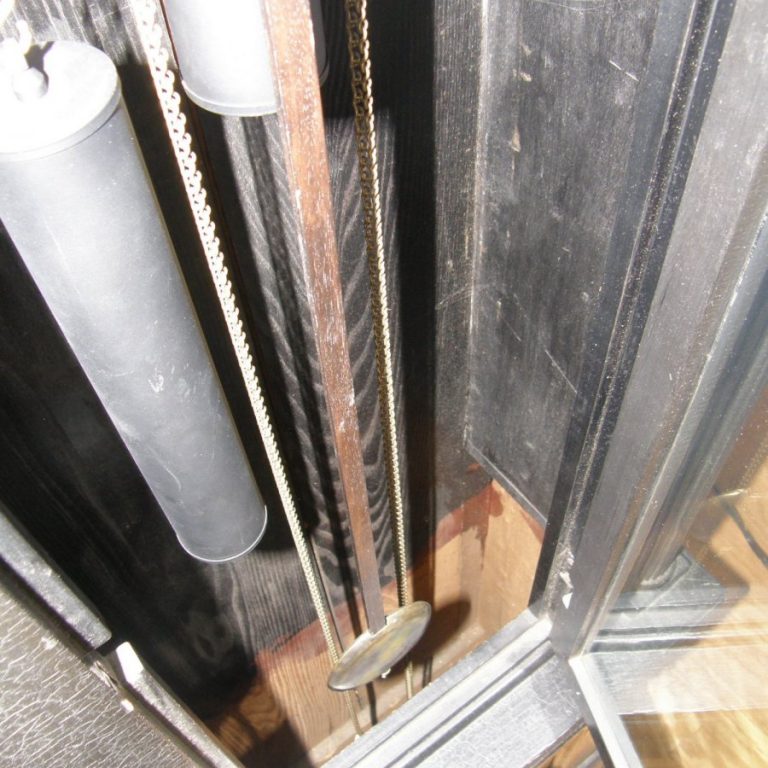 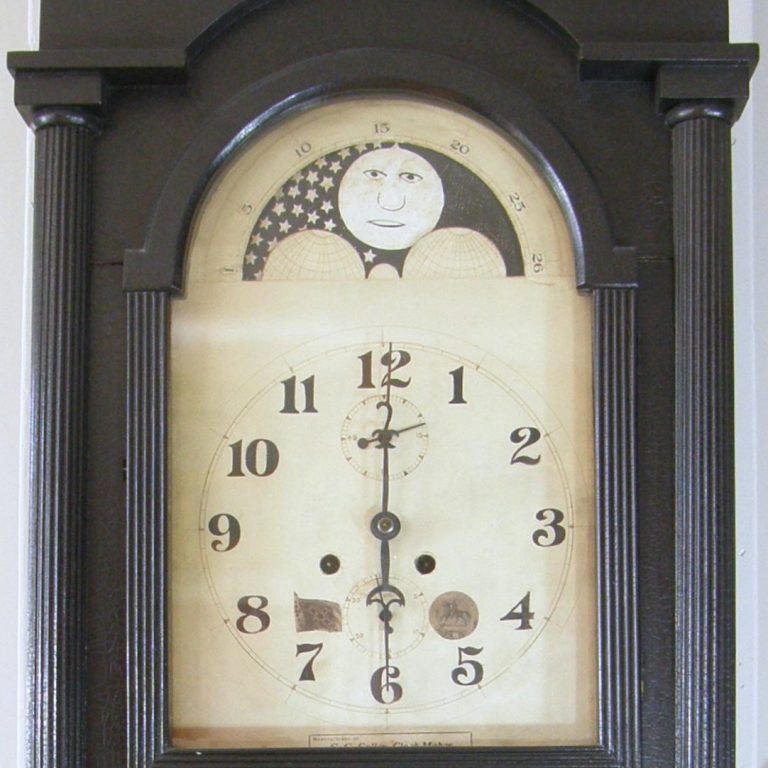 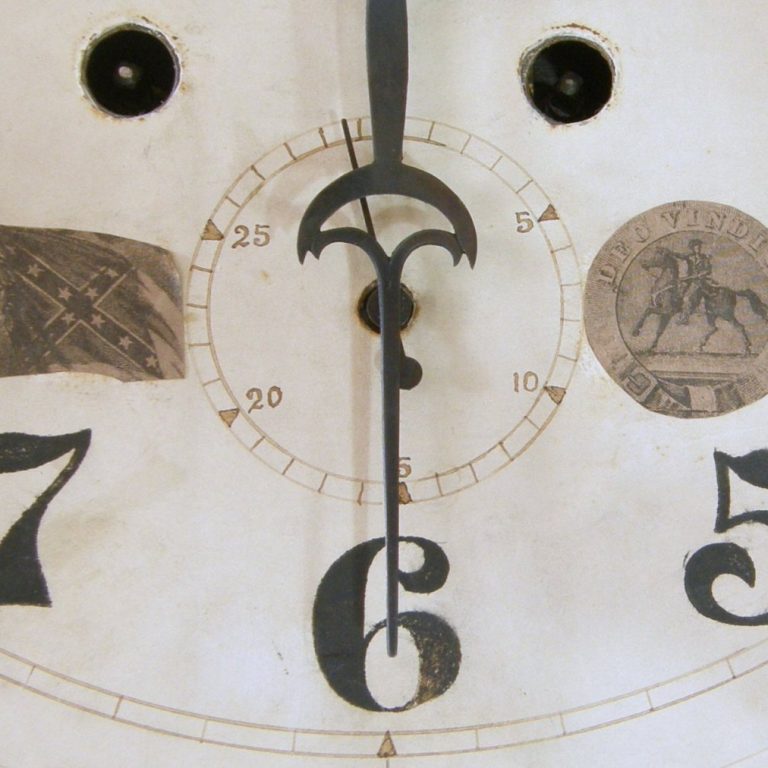 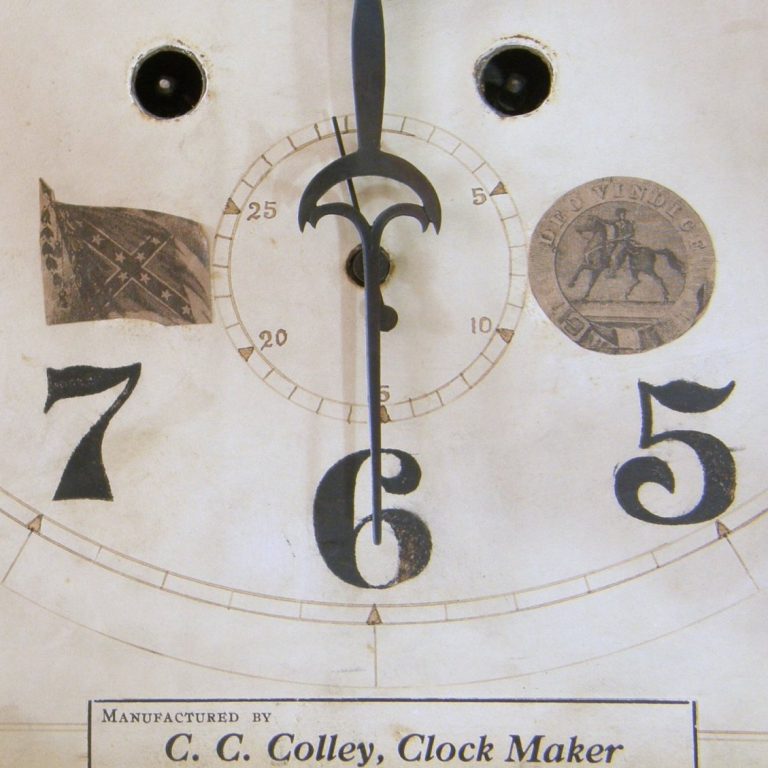 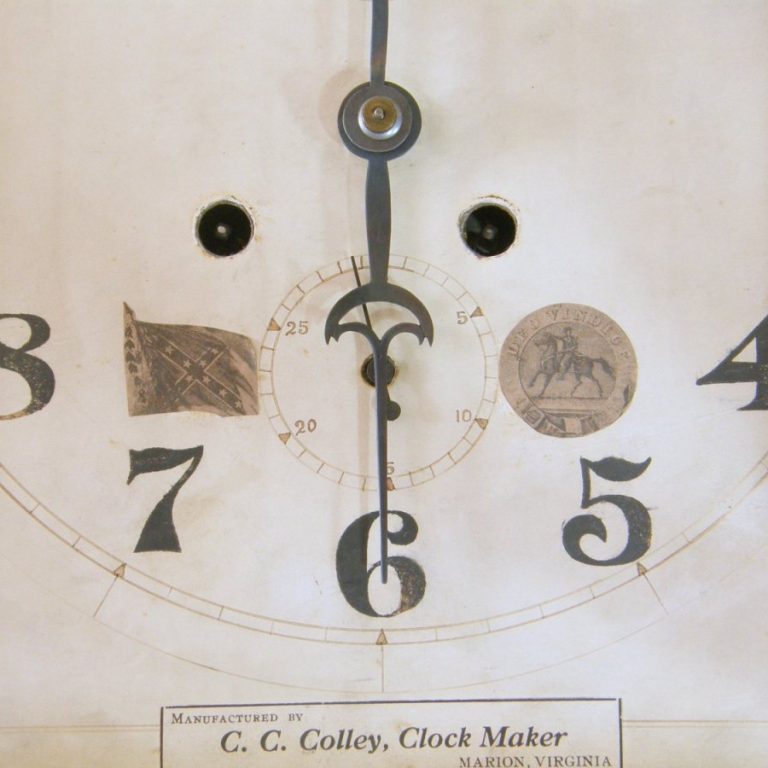 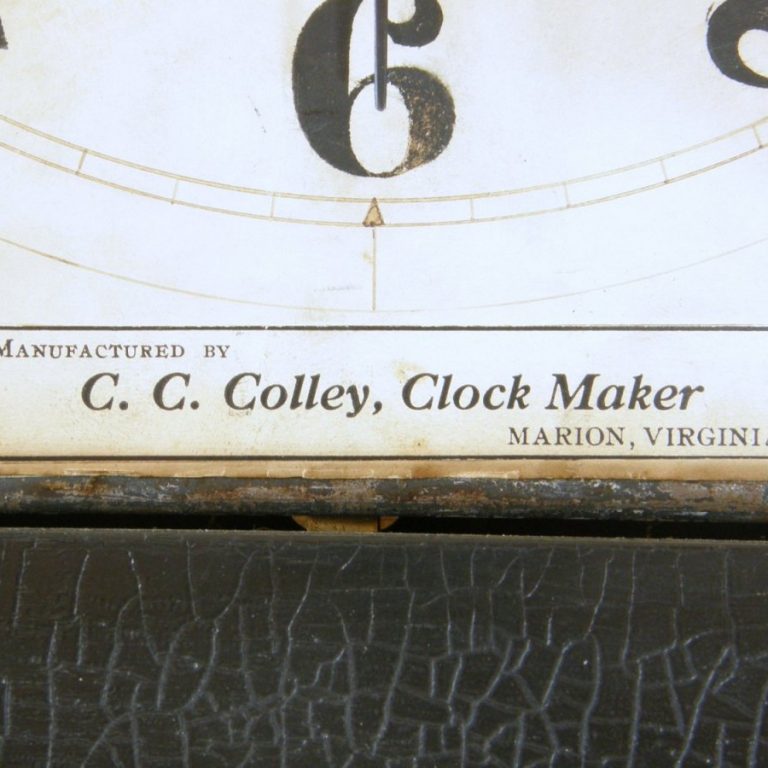 Professionally restored to working order by Virginia Clocks of Charlottesville, Virginia in 2001. It kept accurate time until it was moved. Now it will not stay ticking. So, it’ll have to be recalibrated by a clock specialist, in-place, wherever that might be so it’ll work properly again. When it did operate, it was accurate to about 5 to 7 minutes a week. And by the way, it does chime. It makes a bloody racket loud enough to wake the dead! But it’s the case and its provenance that makes it valuable, not the movement.

C.C. Colley survived the American Civil War to go on to make this clock. Before the war he was a participant in the Texas War.