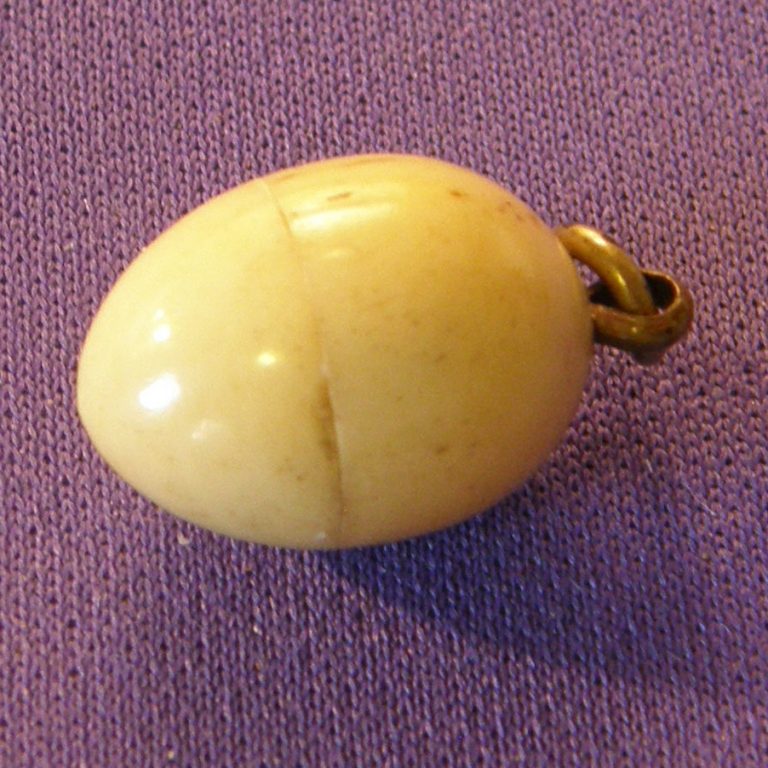 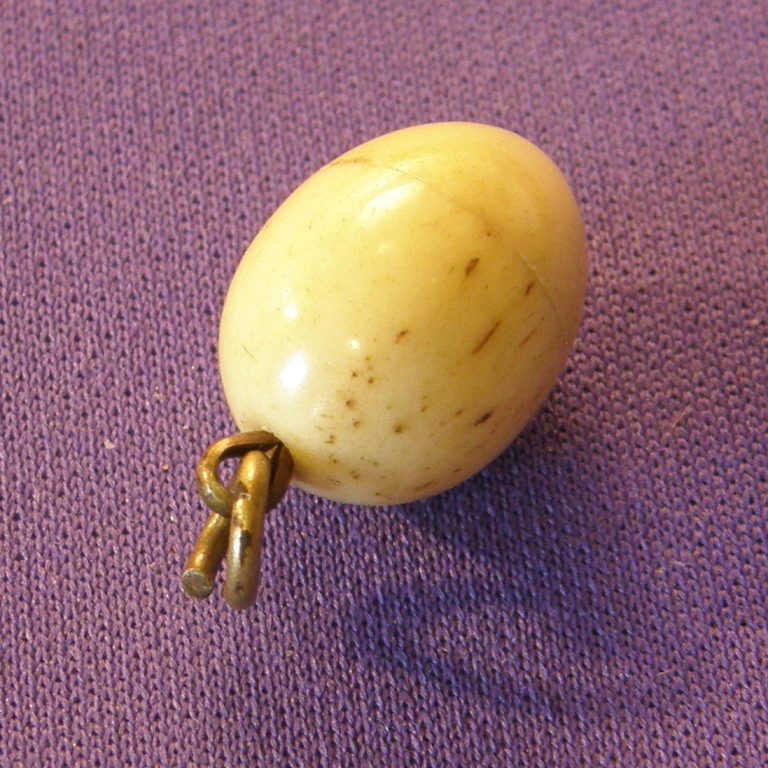 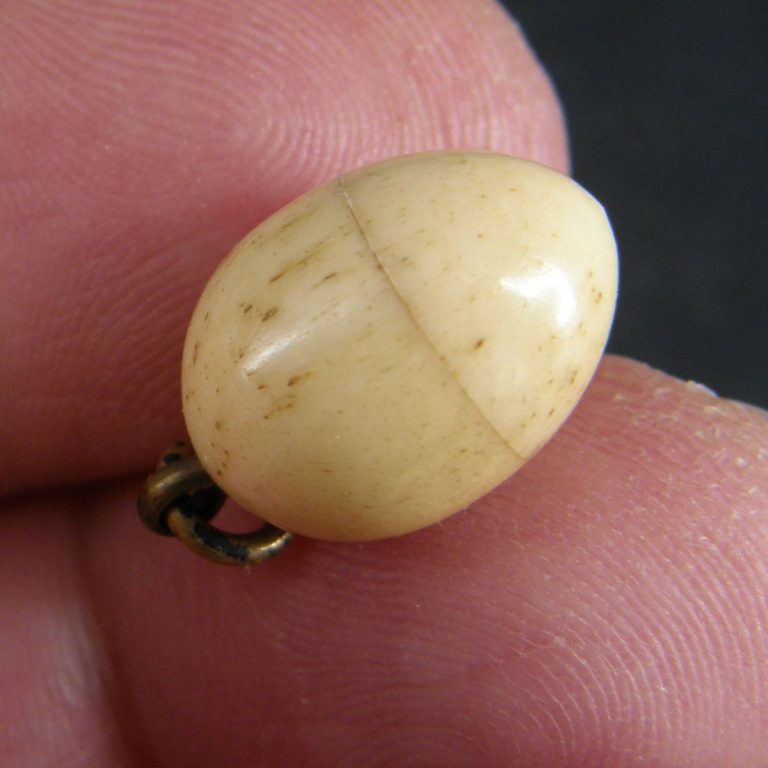 0841:: Charm, Ivory, 19th Century, carved egg.
There is a line of demarkation at its midline, but I am unable to separate the halves without using excessive force.