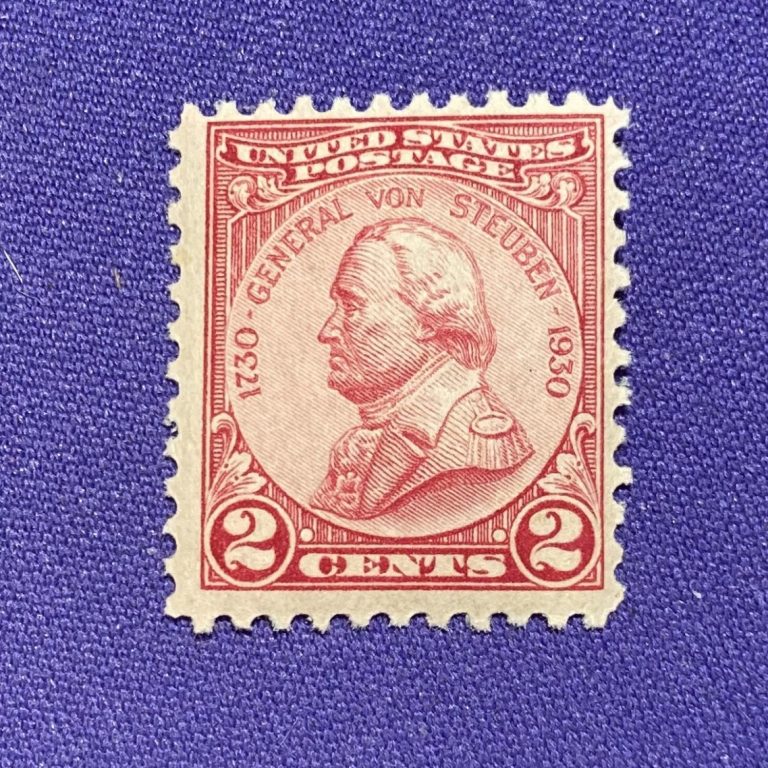 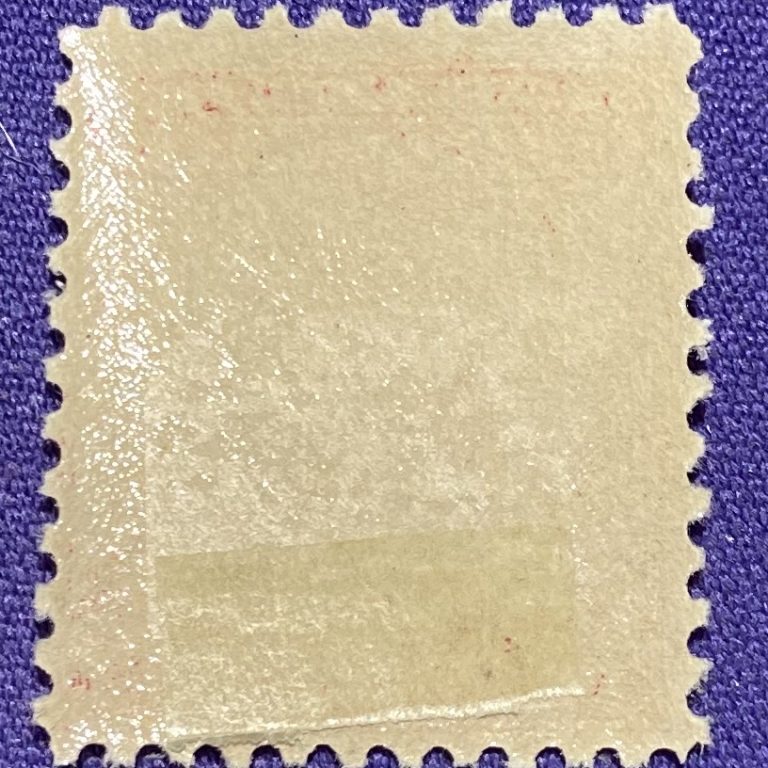 U.S. #689 commemorates the 200th anniversary of the birth of the Prussian-born General Baron Frederick Wilhelm von Steuben, whose exceptional services to the Colonial Army greatly improved their militarily techniques during the Revolutionary War.

A Long Road for Steuben Stamp
The movement to get a stamp issued in honor of General Steuben faced numerous challenges. Several Postmasters General rejected the suggestions, citing issues such as no resources for new commemoratives, to unwritten standards for new issues. Finally, in 1930, a stamp was issued to commemorate the anniversary of von Steuben’s birth.