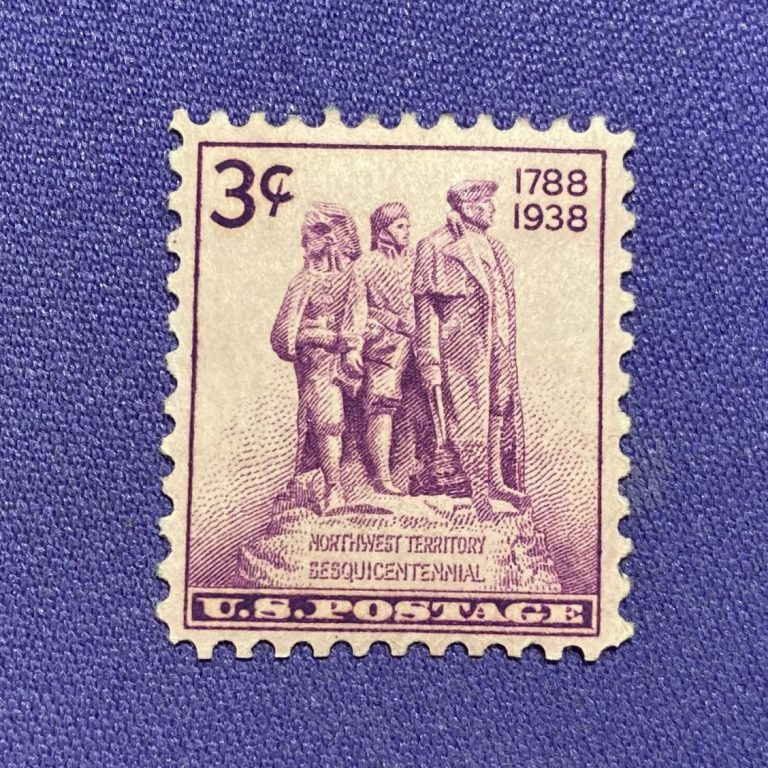 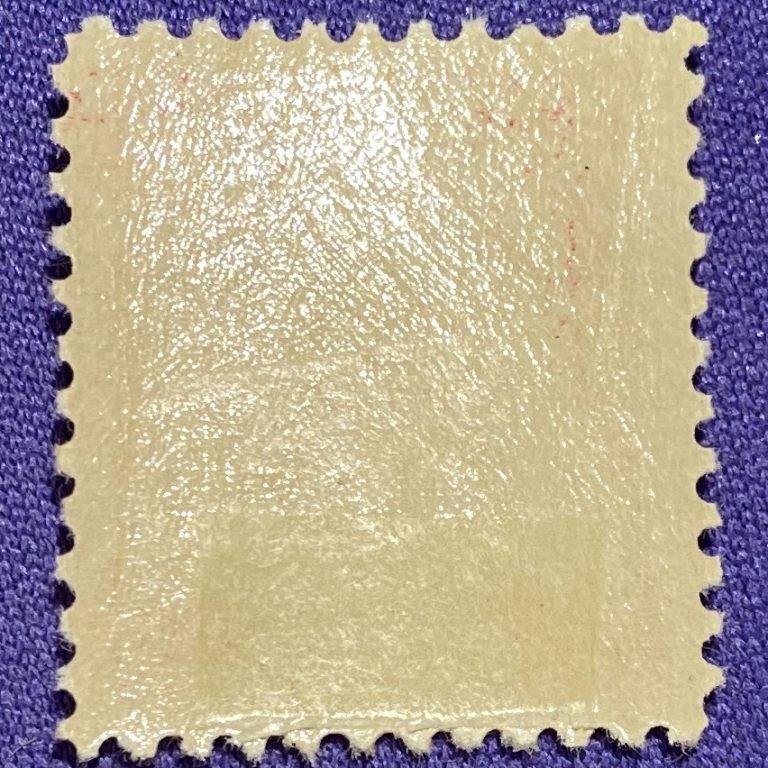 The 1938 Northwest Territory stamp was issued to commemorate the 150th anniversary of the signing of the Ordinance of 1787 that officially created the more than 260,000 square-mile territory. The stamp pictures the Gutzon Borglum (creator of Mount Rushmore) memorial statue, Colonization of the West, located in Marietta, Ohio.

Establishing the Northwest Territory
The Continental Congress officially established the Northwest Territory (known then as the Territory Northwest of the River Ohio) on July 13, 1787. The territory was made of land west of Pennsylvania between the Ohio and Mississippi Rivers. This territory was eventually divided into the states of Ohio, Indiana, Illinois, Michigan, Wisconsin, and part of Minnesota. The policies for the government and the sale of land in the territory set precedents for settling public lands across the country.

FDR – The Stamp-Collecting President
President Franklin Roosevelt was instrumental in the design and issuance of U.S. #837. Introduced to stamp collecting at a young age by his mother, Franklin Delano Roosevelt turned to his collection throughout his life to relax and unwind.

Elected President four times, Roosevelt served in the nation’s highest office longer than any other chief executive – 12 years. During those 12 years, Roosevelt shared his love of stamps with the nation, personally approving each of more than 200 stamp designs. He suggested topics, rejected others, and even designed some himself. It was his aim to use stamps not just to send mail but also to educate Americans about our history. And as he reluctantly entered America into World War II, he saw these stamps as an outlet to raise spirits and bring hope.