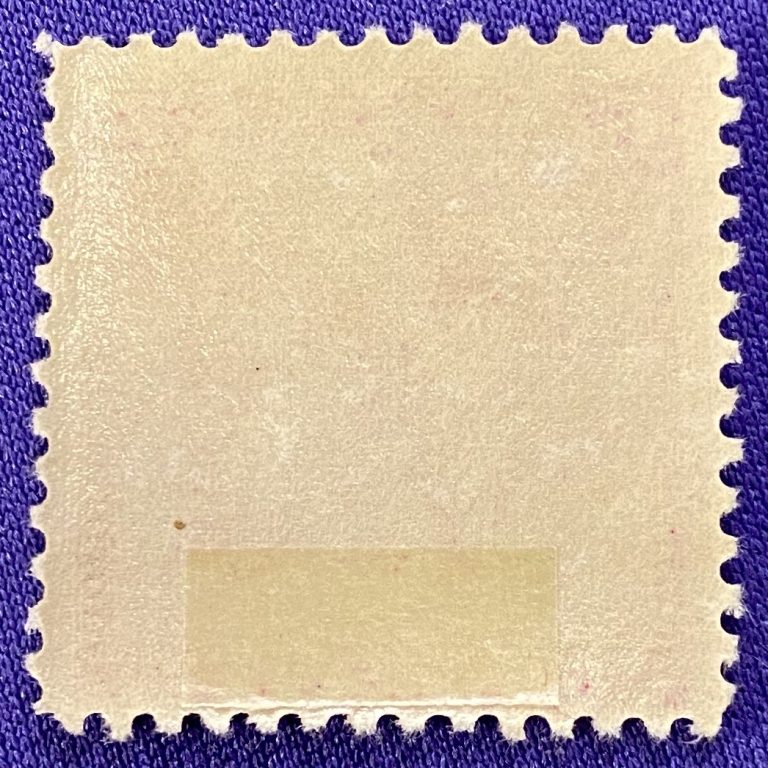 U.S. #836 commemorates the 300th anniversary of the arrival of Swedish and Finnish settlers in 1638 that established Delaware’s first permanent settlement. The design selected by President Franklin Roosevelt was based on Stanley M. Arthur’s painting of the arrival of those first settlers at present-day Wilmington. When the design was first shown to the President, he pointed out that the stamp should honor the Finnish settlers as well (as the original design simply mentioned the Swedish.