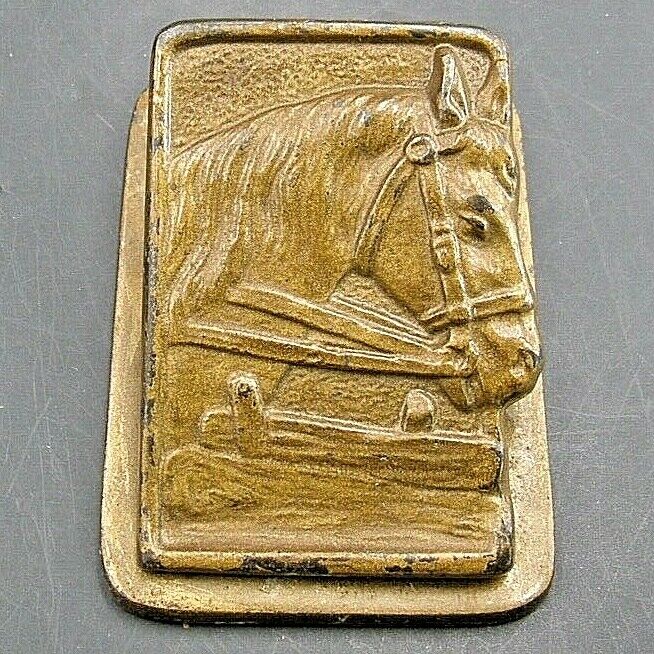 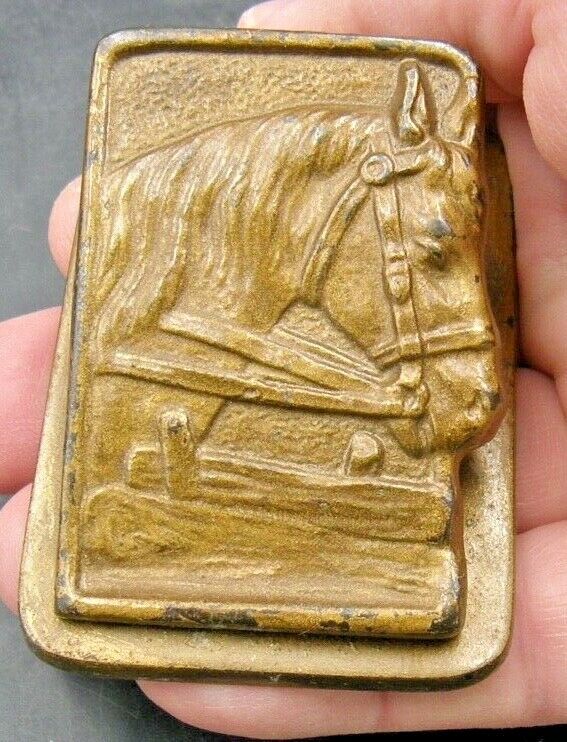 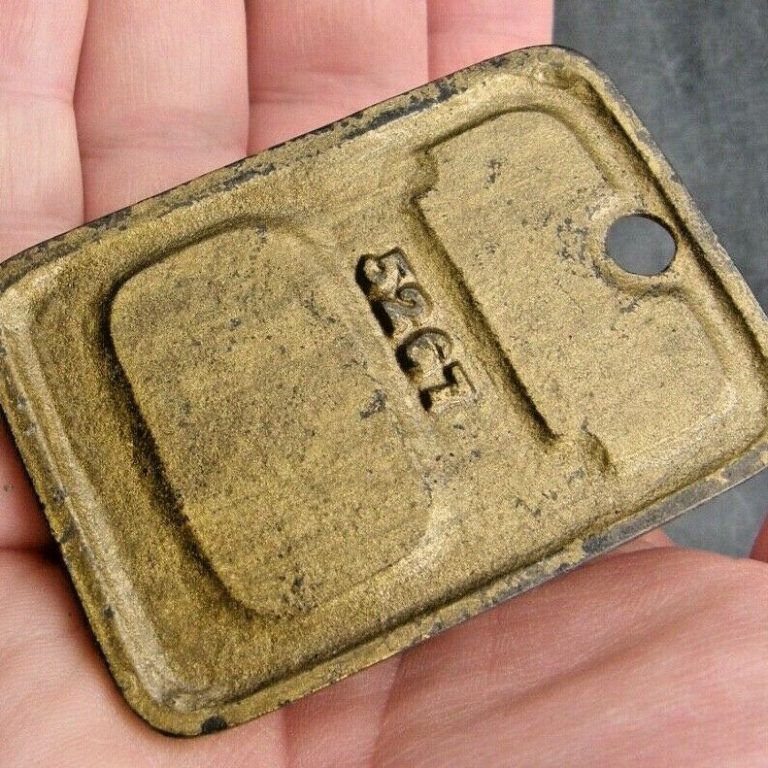 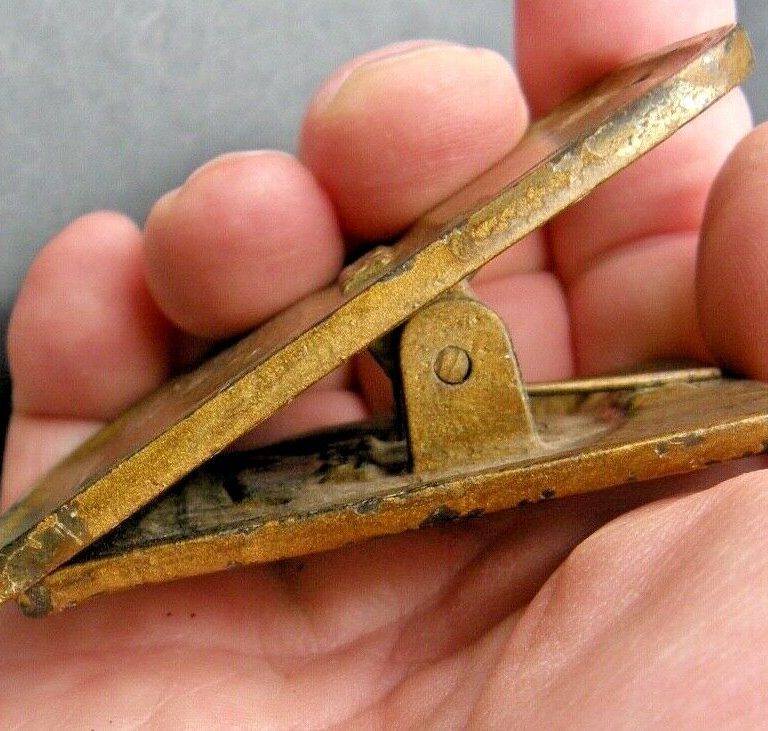 ANTIQUE Judd foundry #5267 Racing HORSE cast iron painted paperclip.A particularly fine example of a figural letter clip, paperclip, bill clip, or paperholder. It’s a fine desk accessory that may or may not have been part of a desk set (ink well, blotter, pen stand, etc.). Some bore advertising, and so, traveling salesmen handed those out the way we hand out ink pens advertising our products today.

About 2″ x 2.75″
==================
RE: AntiqueBookends.net
“Judd Manufacturing Company’s roots date back to 1833 as a harness manufacturer in New Britain, Connecticut.  The firm changed hands among family members and company names for a hundred years as it evolved into the J.H. Judd Co. of Wallingford, Connecticut. In 1864, Albert, Edward and Hubert Judd moved the company to New Haven, Connecticut, then to its permanent location in Wallingford, Connecticut.  A few years later, Hubert Judd struck out on his own to start the H.L. Judd Company in Brooklyn, NY.  In 1886, H.L. Judd took control of the Wallingford plant. In the early 1910s, they began to produce a decorative art metal line of fine-quality sand castings in iron, brass and bronze.  Among these items were bookends and book racks, which were produced between 1910 and the late 1930s. Judd identified their bookends with a 9000 series stock number.  The prefix “0” was used in front of the 9000 series number on iron castings only when the same design was cast in both bronze and iron.”