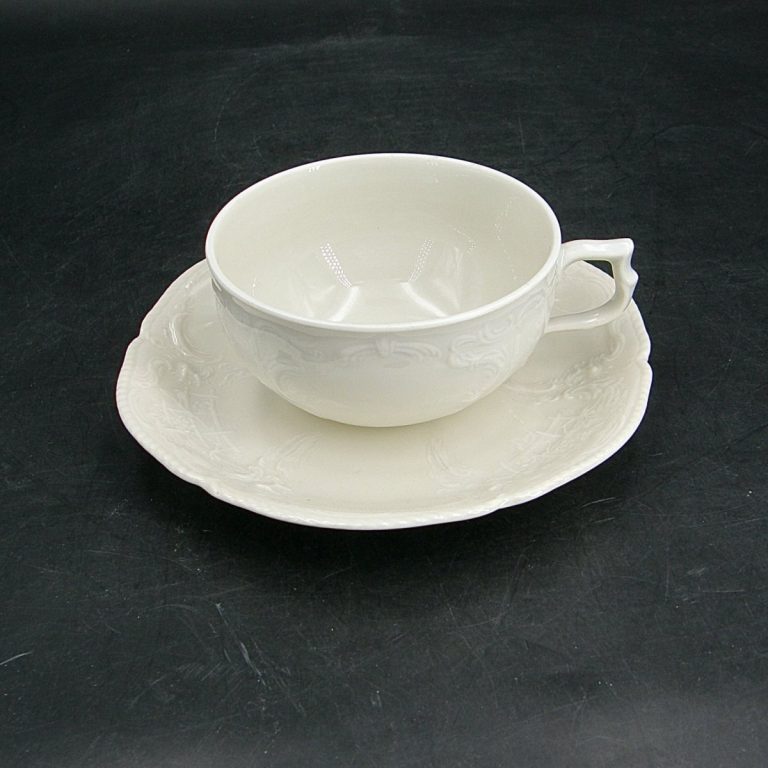 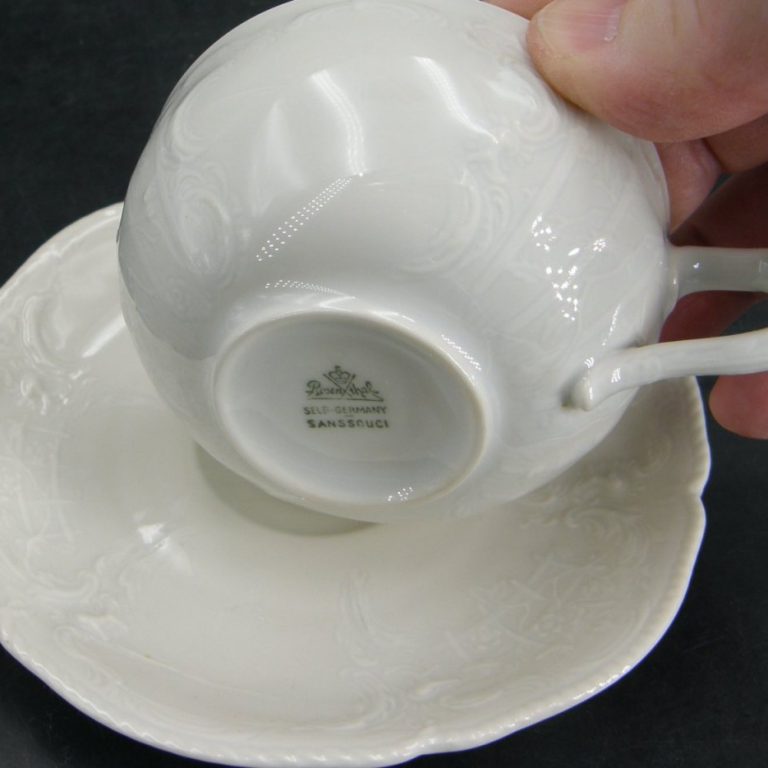 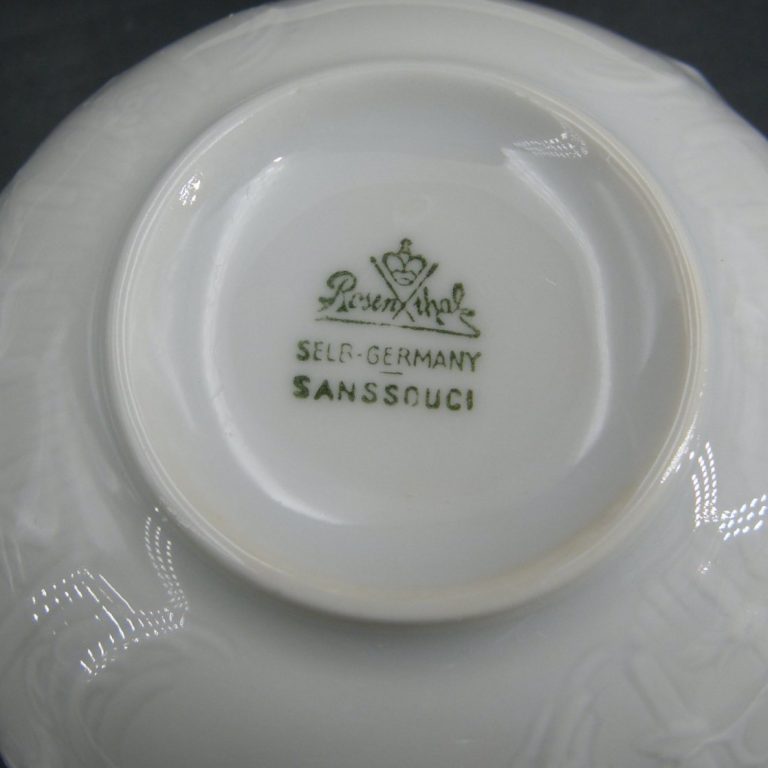 Creamer, Rosenthal white Sanssouci, Selb Germany.
Occupied Germany industrial product.
All 12 saucers are MARKED Rosenthal Sanssouci Selb Germany U.S. Zone. but none of the cups are; same mark but no US Zone. If this is important to you, mention it.

……………………
RE: Wikipedia:
“Allied-occupied Germany was the administration of Germany upon defeat of Nazi Germany in World War II, when the victorious Allies asserted joint authority and sovereignty over Germany as a whole, defined as all territories of the former German Reich west of the Oder–Neisse line, having declared the destruction of Nazi Germany at the death of Adolf Hitler (see 1945 Berlin Declaration). The four powers divided “Germany as a whole” into four occupation zones for administrative purposes under the United States, United Kingdom, France and the Soviet Union, respectively. This division was ratified at the Potsdam Conference (17 July to 2 August 1945).[not verified in body] The four zones were as agreed in February 1945 by the United States, United Kingdom and Soviet Union meeting at the Yalta Conference; setting aside an earlier division into three zones (excluding France) proposed by the London Protocol. At Potsdam, the United States, United Kingdom and the Soviet Union approved the detachment from Germany as a whole of the German eastern territories east of the Oder–Neisse line, with the exact line of the boundary to be determined at a final German Peace Treaty. This treaty was expected to confirm the shifting westward of Poland’s borders as the United Kingdom and the United States committed themselves to support in any future peace treaty the permanent incorporation of eastern Germany into Poland and the Soviet Union. From March 1945 to July 1945, these former eastern territories of Germany had been administered under Soviet military occupation authorities, but following the Potsdam Conference they were handed over to Soviet and Polish civilian administrations and ceased to constitute part of Allied-occupied Germany. In the closing weeks of fighting in Europe, United States forces had pushed beyond the agreed boundaries for the future zones of occupation, in some places by as much as 200 miles. The so-called line of contact between Soviet and U.S. forces at the end of hostilities, mostly lying eastward of the July 1945-established inner German border, was temporary. After two months in which they had held areas that had been assigned to the Soviet zone, U.S. forces withdrew in the first days of July 1945. Some have concluded that this was a crucial move that persuaded the Soviet Union to allow American, British and French forces into their designated sectors in Berlin which occurred at roughly the same time (July 1945), although the need for intelligence gathering (see Operation Paperclip) may also have been a factor.”
…………………………………………………………….