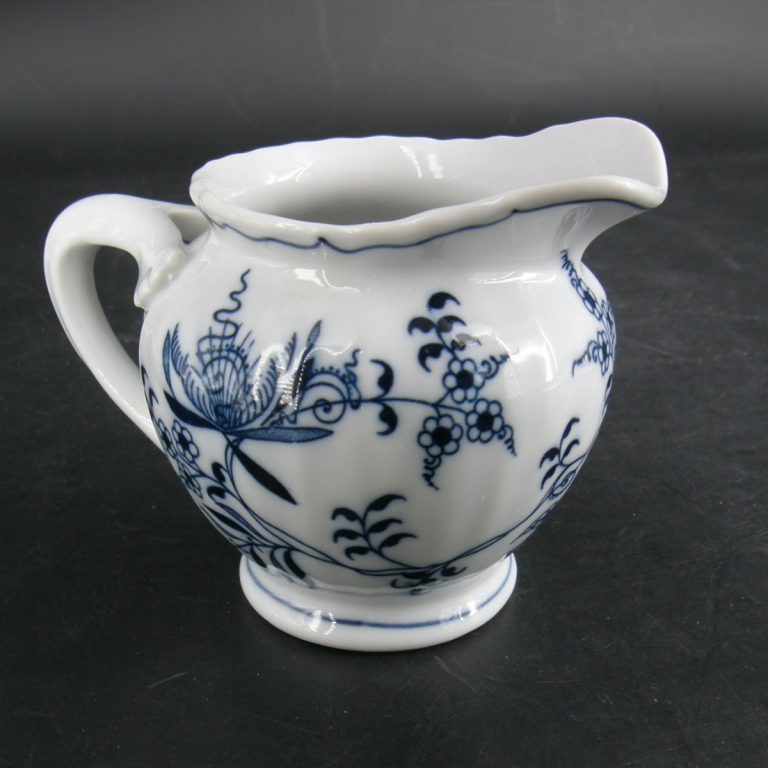 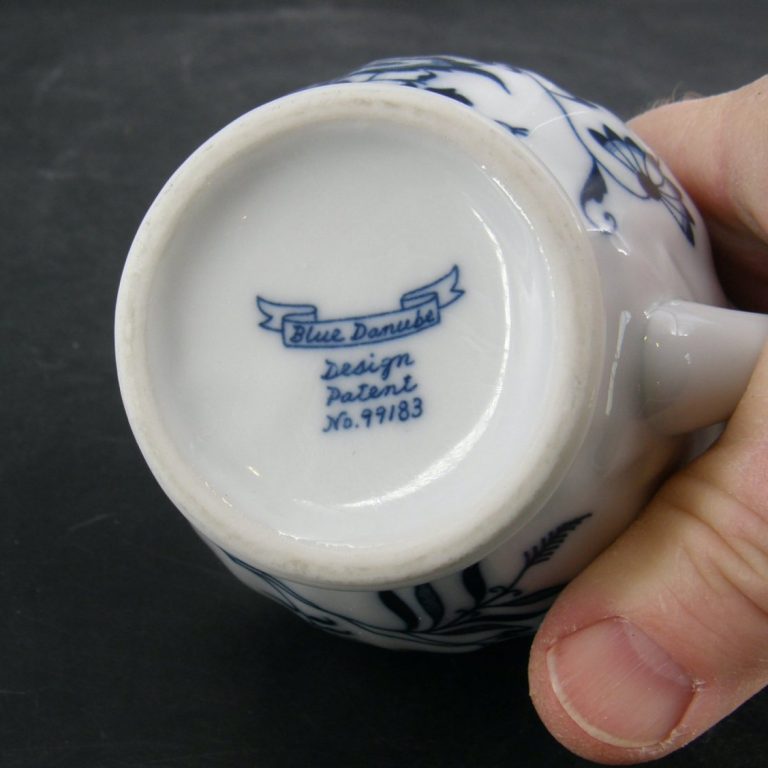 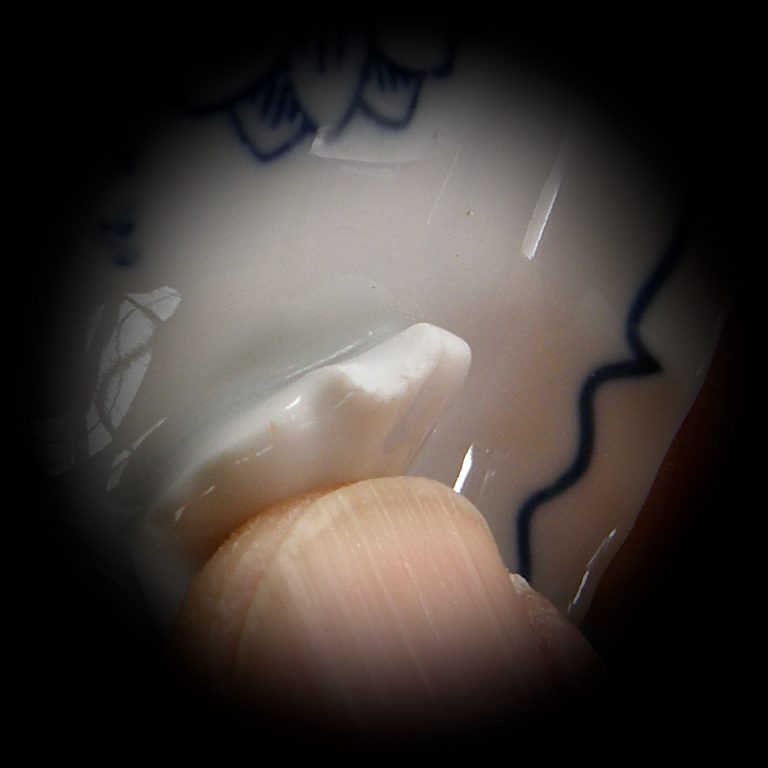 “This Blue Danube pattern was manufactured for 59 years by the Blue Danube China company, based in Japan. Rarely will you find a china pattern with the provenance of Blue Danube China. It is thought to have been originally inspired during the Chinese Yuan Dynasty, which reigned from 1260-1368 A.D. The flavor of the pattern is definitely Oriental in nature, and the flowers depicted are ancient Chinese symbols of happiness, luck, and good fortune.

With the opening of trade routes between the Orient and Europe, designs that were heretofore indigenous to the Far East began making their way West. The Blue Danube design in the Meissen Blue Onion motif, has, in one form or another, been produced in Europe for over 200 years. Its roots go back even further, with European artists and designers falling for Oriental art with its focus on nature and consistent geometric artistry.

“It is possible that the name “Blue Danube” may be an ode to Europe’s second largest river over which many of the merchants importing these china and designs may have traversed. Well known for its pristine beauty and awesome majesty, the Danube has inspired poets, artists, musicians and common folk for millennia.

“This particular variation of the pattern is attributed to Johann Joachim Kandler (1706-1775), a German ceramicist. Originally created in 1951, the patent for this design was held by Lipper International (formerly Lipper and Mann) who imported it from Japan and distributed it throughout the United States, Canada, Central America and parts of Europe.

“Blue Danube China is unique in that it is underglazed and fired at extremely high temperatures (over 2600 degrees). This special process makes each piece microwave and dishwasher safe, detergent-proof and highly resistant to chips. Some pieces can even be used in the oven at temperatures up to 500 degrees. (They include the Au Gratin, Soufflé Dish, Pie Dish, 6” Casserole, 1 Qt. & 1½ Qt Casserole, & the 1½ Qt Oval Casserole.)

“The company has used several different backstamps at different periods of production, with the stated goal of helping collectors identify the period of manufacture and add value to older pieces. Among the backstamps is a 50th anniversary commemorative stamp used only in 2001. Blue Danube was discontinued in 2010.
……………………………………….